Our studio is fitted with anti-COVID protocol.

Hip arthrosis, otherwise called coxarthrosis, is a degenerative process caused by the loss of cartilage thickness that lines the head of the femur and the hip socket in which it articulates. It is a chronic disease that evolves and one of the most critical forms of arthrosis, both for its diffusion and for the severe disability resulting from it.

The first type is idiopathic (where the cause is unknown) or primitive form, that is due to ageing. The secondary form, in the contrary, happens to younger patients of around the age of 40 to 50 years with different causes such as trauma, congenital malformations or pathologies arising in adolescence, joint infections, dysplasia and osteonecrosis. A rarer case would be whereby hip arthrosis is linked to arthritic or dysmetabolic diseases. It can affect only one hip (unilateral) or both (bilateral).

Cases of coxarthrosis increase with age especially for people over 65 and statistically occur more frequently in women.

Anatomy of the hip

The hip is a synovial joint formed by the femoral head (thigh bone) and the acetabulum (hip socket). The joint connects the lower limb to the pelvis. The hip bears the body’s weight and contributes to its mobility, allowing you to walk, run, jump, and perform all the activities permitted by the legs’ movement.

Those suffering from hip osteoarthritis initially experience pain in the groin; the pain can go from the inner part of the thigh to the knee. Pain can also be felt in the buttock. It usually appears after strenuous effort or resumption of movement. The patient may feel a stiff joint with difficulty getting in or out of the car or making simple movements such as putting on socks or tying shoelaces. In the most acute phase, it can be disabling often making walking painful. In addition to the groin area, pain can affect the gluteal region (buttocks area) and the trochanteric region (i.e., head of femur). Complications can also occur due to muscle atrophy when the pain is so disabling that movement is no longer possible.

When should you call a doctor?

You should call a doctor when joint pain arises because an early diagnosis may allow patients to go through necessary therapies to improve health condition and help the patient. It is also possible to distinguish hip arthrosis from other diseases with similar symptoms (e.g., sciatica).

In addition to the clinical exam, which involves an accurate assessment of the patient’s walk, range of motions, and clinical identification of the origin of the pain, a hip x-ray is required as a preliminary diagnostic test to assess the wear and tear of the hips (coxarthrosis). A secondary in-depth examination may be recommended, including, for example, magnetic resonance imaging (MRI), CT, ultrasound and blood tests, if necessary.

What to do in the meantime

How to prevent hip arthrosis

Hip arthrosis is primarily due to ageing as well as wear and tear, and there aren’t precisely any preventive advice. However, it should be noted that the risk of developing coxarthrosis could be reduced with constant physical activity and strict control of body weight. Nutrition can also help, requiring a diet rich in vitamins, Omega 3, and minerals.

In cases of hip arthrosis, therapies alternative to surgery are exclusively a remedy to relieve symptoms and limit damage to the cartilage. Any activity that causes pain should be stopped; anti-inflammatory and analgesics are recommended. In addition, frequent hyaluronic acid injections and physiotherapy are prescribed to reduce joint friction, together with strengthening and stretching exercises for the leg muscles.

PERSONALIZED SURGERY FOR THE HIP

I am an internationally trained orthopaedic surgeon specializing in personalized hip and knee surgery as well as trauma surgical intervention. 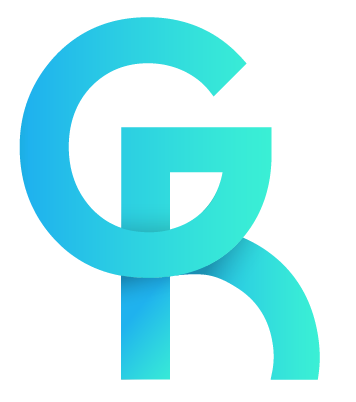 I am an internationally trained orthopaedic surgeon specializing in personalized hip and knee surgery as well as trauma surgical intervention.